After three years on a whaling voyage, Henry Macy returns to Nantucket to news that his grandmother has passed, bequeathing her vast fortune to him and his sister, Hitty. And it was truly vast. But Lillian Coffin was no fool. The inheritance comes with a steep cost, including when they should marry and whom–a Quaker in good standing, of course. But if they relinquish the inheritance, it all goes to Tristram Macy, their father’s thieving business partner.

As Hitty and Henry seek a way to satisfy the will’s conditions, they’ll be faced with obstacles on every side–and it may be that Lillian Coffin will have the last word after all.

Bestselling author Suzanne Woods Fisher surprises and delights with this story of hope and renewal, love and redemption, arriving just when most needed. 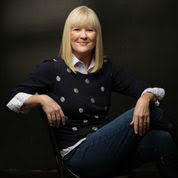 Suzanne Woods Fisher is the bestselling, award-winning author of fiction and non-fiction books about the Old Order Amish for Revell Books, host of the radio-show-turned-blog Amish Wisdom, a columnist for Christian Post and Cooking & Such magazine.

Her interest in the Amish began with her grandfather, who was raised Plain. A theme in her books (her life!) is that you don’t have to “go Amish” to incorporate the principles of simple living.

Suzanne lives in California with her family and raises puppies for Guide Dogs for the Blind. To her way of thinking, you just can’t take life too seriously when a puppy is tearing through your house with someone’s underwear in its mouth.

Suzanne can be found online at:www.suzannewoodsfisher.com

The Light before Day is the astonishing conclusion to Suzanne Woods Fisher’s Nantucket Legacy Series. This is again a split-time story, told through the diary of “Great Mary” (Mary Coffin Starbuck) of the 17th century, and Hitty and Henry Macy, 19th-century twins of Reynolds Macy. Two influential ladies of their respective times bestow two very different legacies. One brings blessing, the other curses.

Another perspective of this novel is a study of human nature, of the “haves” and the “have-nots,” revolving around freedom, money, and religion(Quakerism). Those who think they “have” are not always better off. Certainly, Grandma Lillian Coffin never was, for all her wealth. Another small example of “having” but being unhappy is Stephen Hussey, who as a Quaker, “possesses the Light.” According to Great Mary, “he could convince anyone not to be a Quaker simply because he is one.” May this not be true of us as Christians!

I highly recommend this book. Full of real-life struggles, well-researched history, and a few chuckles, this tale renewed my acquaintance with old friends and allowed me to meet new ones. (Team Anna? Team Marie-Claire? What about Team Isaac vs. Team Benjamin?) This is a series I will be acquiring for my paperback keeper shelf.

A wealth of extra material is included at the book’s end, including discussion questions, author’s note, and “What’s True and What’s False in The Light Before Day?” Fisher also refers to quite a list of historical resources.

So many great quotes. I am choosing to highlight some unique ones that tickled me.
“Decisions were difficult for Henry, small or big. Anna Gardner once told him that he was the only man she knew who could sit on a fence and watch himself walk by.”

“Quakers might be hypocrites, but we are not liars.”

I gratefully received a complimentary copy of this book from the author, publisher, and NetGalley. This in no way influenced my voluntary review. All opinions are my own responsibility. 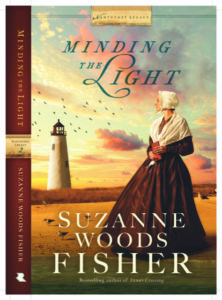 From the back cover:

Six long years ago, Captain Reynolds Macy sailed away from his bride, looking forward to the day when he would return to Nantucket Island with a ship’s hold full of whale oil.

But when that momentous day finally arrives, Ren soon discovers that everything has changed in his absence. Everything. “Is nothing on this island as it appears to be?” he whispers in despair.

Unlike most islanders, bold and spirited Daphne Coffin doesn’t defer to Ren as an authoritative whalemaster, but sees through his aloofness to the aching heart beneath. She encourages him to return to his Quaker roots and “mind the Light,” finding solace in God and community. As Ren becomes the man she believes him to be–honorable, wise, faithful–she finds herself falling in love with him.

But how can she, when her heart is spoken for? Tristram Macy is Ren’s business partner, cousin, and best friend–and Daphne’s fiancé. Love always comes at a cost, but when is the price too high?

Suzanne Woods Fisher welcomes readers back to the Quaker community on Nantucket Island for this riveting love story, full of unexpected moments.

What a great book Minding the Light, by Suzanne Woods Fisher, is for a book club! Chock-full of little-known history from whaling Nantucket Island, this split- time novel contains an enticing and clean romance and an insider’s look at the Quakers on the island. This book will weave its magic around your heart while challenging your sensibilities. Frankly, I wish I were a high school English or history teacher in a parochial school, who could use this book as a wonderfully fun teaching tool.

I often love novels that divide their time between narrators of different time periods. It is interesting to see how Great Mary’s life affects individuals of future generations on the island who are fortunate enough to receive her diary and learn from it.

Tristram says, “And the only islanders who end up getting hung are Wampanoags.” The Quakers were guilty of social injustice while preaching racial equality. Every society seems to pick another culture to abuse and subjugate.

Patience, when asked about her life and family, replied it was complicated and things are not as they seem. Truly, a lot of things in this book were surprising and not what one might have expected. The novel is full of incongruities lived out in people’s lives: some flaunted, some hidden as long as possible.

While richer for being read as part of the series, enough backstory is provided that one will enjoy this story by itself. I gratefully received a complimentary copy from the publisher, NetGalley, and CelebrateLit. This in no way affects my opinions, which are freely given, and for which I am solely responsible.

To celebrate her tour, Suzanne is giving away a $10 Starbucks gift card to five winners!!

Be sure to leave a comment on one of the blog stops for 9 extra entries into the giveaway. Click link below to enter.    (hint: highlight link, then click)

Carol-award winner Suzanne Woods Fisher writes untold stories about inspiring people. With over one million copies of her books sold worldwide, she is the bestselling author of fiction and non-fiction, ranging from Amish Peace: Simple Wisdom for a Complicated World to the historical novel Anna’s Crossing.

This beautiful island, thirty miles off Cape Cod, is steeped in history. Here are just a few interesting reasons to add a visit to Nantucket to your bucket list.

1) During the first half of the nineteenth century, Nantucket was considered to be the wealthiest port in the world…all because of whale oil.

2) Petticoat Row is a 19th century nickname for a portion of Centre Street between Main Street and Broad Street. Many shops on Nantucket were run by women while the men were off to sea in whaling ships for years at a time. Quakerism, with its emphasis on equality, provided working women with community respect, value and esteem. The next time you’re visiting Nantucket, be sure to stop by the Petticoat Row Bakery for a morning glory muffin.

3) The use of laudanum (opium) was described by a visiting French as prevalent among the women of Nantucket. Loyal Nantucketers vehemently denied his claim. However, in the 1980s, construction workers digging to Nantucket’s sewer lines found heaps of opium bottles buried in the ground.

For centuries, laudanum was considered to be not only harmless but beneficial. Its very name in Latin is landare, which means to praise. Other names for it: Mother’s Helper (to sedate children), Sea Calm (for seasickness). It was used for all kinds of ailments, from sleeplessness to menstrual cramps to treatment of chronic pain, and available without prescription up until the twentieth century, when it was found to be highly addictive.

4) Nantucket Cent Schools were a carryover from England and the cost was exactly what the name implied. In New England they were kept by refined, thrifty women who often taught their own or their neighbors’ children until they were old enough to enter schools of a higher grade. I came across a story of a boy whose mother stuck a penny in his mouth each day so that he would remember to pay the teacher.

5) Moby Dick, written by Herman Melville in 1851, was based on a true-life event that occurred in 1820 to the Nantucket whaleship Essex and her crew. You can find out more about this ill-fated voyage if you visit Nantucket’s awesome whaling museum.

6) Speaking of…the whaling museum on Nantucket Island is called the Peter Foulger Whaling Museum. Peter Foulger was one of the early settlers to the island, and could be considered a Renaissance Man: inventor, surveyor, teacher, missionary to the Wampanoag Indians. And his grandson was none other than Benjamin Franklin.

7) Nantucketers were, for the most part, related to each other in the seventeenth, eighteenth, and nineteenth centuries. The prosperous island was settled by a small group of families, with less than a dozen surnames: Coffin, Macy, Starbuck, Bunker, Hussey, Gardner, Mayhew, Swain, Barnard, Coleman, Worth, Mitchell. Those names are still common on the island.

8) There’s a good reason those surnames sound familiar to you—many of those early settlers had descendants who started business empires. Recognize these? Macy (retailer) and Folger (coffee).

The Power of Words, July 4

Reading Is My SuperPower, July 10

Among the Reads, July 12

proud to be an autism mom, July 12

Have A Wonderful Day, July 16

I would love to hear any comments you may have regarding the book or my review below!