When Harriet Peters came to Boston in 1882, the Robinson family took her in like one of their own, and Harriet became closer to Lizzie Robinson than her own siblings. Now, four years later, Lizzie is deathly sick, failing quickly just like several others in her family have done over the past few years. How can so many in one family die from the same mysterious illness? Harriet doesn’t have answers, but she is determined to help the family, bringing in a new-to-the-neighborhood doctor, Michael Wheaton.
As Harriet and Michael close in on the answer, putting their own lives at risk, can the cause be found before anyone else dies?

Aha! This was a crime I could solve, I thought. Each book in this True Colors series is an
historical American crime fictionalized to reach and even educate a wider audience than
the bare, macabre facts in a dusty tome. So, I was game. Liz Tolsma is creator of this fact-
turned-fiction tale aptly named The Green Dress.
Ready, Set, Go. The cast of characters was listed at the front. The year is 1886, and we first
meet Harriet Peters as she hurries to the sickbed of her best friend, Lizzie Robinson.
Much consternation abounds, as Lizzie’s symptoms exactly match those of other family
members who suddenly fell ill and died. Doctors are mystified by the repeated identical
deaths occurring solely in the Robinson household until a fresh-faced doctor is called in.
This was certainly another incredible crime. It wasn’t caught, largely because people
refused to even consider all possibilities, though those evidences were staring them in
the face.
“Outward appearances don’t always reflect a person’s character.”

If only… Harriet had taken Lizzie’s words to heart, “No debt in friendship.” You can be
sure I heard those words and may or may not have screeched them aloud…more than
once.
Liz Tolsma does a great job with the story’s pacing. From the first sentence to the last, I
was captivated. I really did figure out some of the crime, but the whole timbre of the
novel was such that I had to stay up late to finish it in one sitting. No putting this one
down.
I enjoyed the romance development between Harriet and Michael Wheaton. I especially
liked seeing Michael grow in confidence and follow up on his hunches. Speaking of
hunches, Harriet ignores some of hers in the novel. I disagree with the author’s view
about where those hunches came from. As a Christian, God could certainly make sure
Harriet heard an audible voice.
Because death was a common occurrence in this story, the question of assurance of
salvation is addressed.

Ending notes in a tale like this are essential, and the author shows both her great
research and care with this superior project.
The whole scenario sounds like something out of our time, not the 1880’s. Alas, for me,
Tolsma has the final word or twist. Good for her. The clues were all laid, I just didn’t put
those pieces together. Well done, Ms. Tolsma. This could have been a great Twilight Zone
episode.
I received a complimentary copy of this book from the author and publisher through
Celebrate Lit via NetGalley. This in no way affects my opinions, which are solely my own.

Liz Tolsma is a popular speaker and an editor and the owner of the Write Direction Editing. An almost-native  Wisconsinite, she resides in a quiet corner of the state with 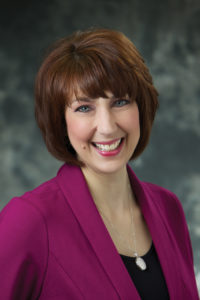 her husband and is the mother of three. Her son proudly serves as a U.S. Marine. They adopted all of their children internationally, and one has special needs. When she gets a few spare minutes, she enjoys reading, relaxing on the front porch, walking, working in her large perennial garden, and camping with her family.

We’ve all been there—started a letter or an email or even a list, didn’t like what we had, crossed it out or hit the delete button, and tried again. Now imagine that happening when you’re writing a novel.

That’s what occurred with The Green Dress. Finding the perfect place to start a novel can be tricky, but when you’re trying to balance fact with fiction, it’s even harder. I needed the fictional heroine, Harriet Peters, to have a good reason to come into contact with and become close to the factual Robinson family. And I needed for the hero, Michael Wheaton, to meet Harriet early on. So I dove into the story. Five chapters later, the hero and heroine hadn’t yet met. The book wasn’t working.

I scrapped those chapters and started at a different point. At first, it seemed to be going better. I was happy. Until I got to the fifth chapter, when I realized again that the book wasn’t working. Frankly, it was boring. So those ended up in the virtual trash bin. Meanwhile, the clock was ticking on my deadline. I was desperate to find the right starting point, at a place with high tension. Finally, I had an “aha” moment, and the story flowed from there. That’s how the first five chapters (and the rest of The Green Dress) came to be.

The Power of Words, June 26

For Him and My Family, June 27

To Everything There is A Season, June 30

Little Homeschool on the Prairie, July 3

For the Love of Literature, July 4

Through the Fire Blogs, July 6

Where Faith and Books Meet, July 8

Spoken from the Heart, July 9

With a Joyful Noise, July 9

To celebrate her tour, Liz is giving away the grand prize of a $25 Amazon gift card!!