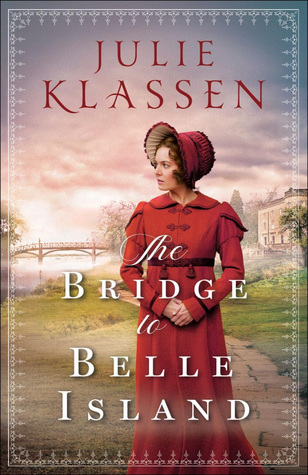 Title: The Bridge to Belle Island

After a humiliating mistake, lawyer Benjamin Booker resolves to never again trust a beautiful woman. When an old friend is killed, the senior partner isn’t satisfied with Bow Street’s efforts and asks Benjamin to investigate. Eager to leave London for a while, Benjamin agrees. Evidence takes him to a remote island on the Thames, a world unto itself, shrouded in mist and mystery. Soon he finds himself falling for the main suspect—a woman who claims not to have left the island in ten years. But should he trust her?

On Belle Island, Isabelle feels safe and leads a productive life, but fear keeps her trapped there. When Mr. Booker arrives with news of her trustee’s murder in London, Isabelle is stunned. She has not left the island, yet she has a recurring dream about the man’s death. Or is it a memory? She had been furious with him, but she never intended…this.

When a second person dies, and evidence shockingly points to her, Isabelle doesn’t know who to trust: the attractive lawyer or the admirer and friends who assemble on the island, each with grudges against the victim. Can she even trust her own mind? While they search for the truth, secrets come to light, and danger comes calling.

Julie Klassen presents quite the Regency mystery in Bridge to Belle Island, set in 1819. There are so many levels in which one can relate Klassen’s characters. We start with the hero, Benjamin Booker, a young attorney at a prestigious law firm. Booker is young and eager, but failing, afraid, and angry at his demanding father, who chooses to honor Ben’s brother over Ben. Booker has “adopted” his boss and mentor, Mr. Robert Hardy, one of the firm’s founders, as a “surrogate” father figure. Who can’t relate to failure or the fear of failure? How many of us, whether we had good parents or not, could not also point to at least one other adult who made significant contributions to our lives? Ben will need to decide about two loves… that of a certain lady, and whether his father should ever be given a chance to regain his trust and love again.

Our other main character is the very capable, middle-aged spinster, Miss Isabelle Wilder. With her trustee dead, can she finally control her own life, as well as that of her niece, whom she helped raise? Will the old family curse visit Isabelle or will fear of it defeat her? With a bevy of possible suitors, who will she choose?
And, of course, the mystery itself. I love it. We start out with the death of Mr. Norris, Isabelle’s and Rose’s trustee, early on. It will take us a journey through the whole book, with many stops and multiple suspects, to finally discover the true mastermind behind Norris’s death. The novel carries a sense of Edgar Allen Poe, the Clue game, and Charles Dickens all rolled into one. What fun, except for a few times when things were so bleak I wanted to cry. About three-fourths the way through, the narrative lagged, but picked up and surged forward again. The faith message includes reminders of Philippians 4:6,7. “Do not be anxious about anything, but in every situation, by prayer and petition, with thanksgiving, present your requests to God. And the peace of God, which transcends all understanding, will guard your hearts and your minds in Christ Jesus.”
Faith in God, discernment of whom to trust, and forgiveness are themes in this novel full of twists.
I received a complimentary copy of this book from the author and publisher through NetGalley.
This in no way affects my opinions, which are solely my own.

4 Stars – Excellent- I Would Gladly Recommend It! 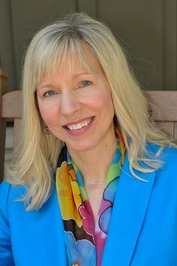 Julie Klassen loves all things Jane—Jane Eyre and Jane Austen. A graduate of the University of Illinois, Julie worked in publishing for sixteen years and now writes full time. Three of her books, The Silent Governess, The Girl in the Gatehouse, and The Maid of Fairbourne Hall, have won the Christy Award for Historical Romance. She has also won the Midwest Book Award, the Minnesota Book Award, and Christian Retailing’s BEST Award, and been a finalist in the Romance Writers of America’s RITA Awards and ACFW’s Carol Awards. She blogs at http://www.inspiredbylifeandfiction.com.
Julie and her husband have two sons and live in a suburb of St. Paul, Minnesota.