When a body is discovered in a field in Iowa, the police uncover fourteen additional corpses ranging from 20 years old to recent. The remains point to a serial killer with an MO the authorities have seen before–Ed Oliphant, a man who has been in prison for over 20 years . . . and is Special Agent Kaely Quinn’s father. After several failed interview attempts to discover if Ed has been training someone to be a copycat killer, the police turn to Kaely in St. Louis.

Kaely promised herself she would never step foot in her hometown or set eyes on her father again. She’s always refused to confront her past, but if she wants to prevent any more deaths, she must come face-to-face with the man she’s hated for years.
As more bodies are discovered, Kaely races against time and her own personal turmoil to uncover the killer. Will this most personal case yet cost Kaely her identity and perhaps even her life?

If you like intense romantic suspense, with the emphasis on suspense, this Kaely Quinn,
Profiler series by Nancy Mehl may be the one for you. I just finished the third and final
book, Dead End. Personally, Mehl has taken me to the end of my ability to endure with
her Kaely character. Kaely is very focused on her work and will let nothing get in the
way of her catching the worst criminals. Even if her methods are unorthodox.
Unfortunately, her pride threatens her relationships with God and her special coworker,
Noah.

Noah and Kaely travel to Iowa to interview Kaely’s father, an infamous serial killer, in
hopes of stopping a new serial killer. While Kaely may be the only hope to get the
Raggedy Man to talk, will she self-destruct before the mission is accomplished?
Noah grows by leaps and bounds in this novel, but I almost want to tell Noah he’s headed
down a dead-end path.
Never did I see the ending coming.
I appreciated that Mehl shows
equal parts evil and good in this fictional crime-chiller story. Mehl shows that man’s
depravity comes from the pit itself. Only God can combat that kind of horrendous
opposition, and we must be fully equipped. As such, there is a lot of Scripture included in
this book.

Who will Kaely rely on- herself, her unusual friend, God, and or Noah?
Noah knows God doesn’t always rescue His people. Grab this book and grab your closest
huggable as you read super-speed to discover whether Kaely can survive. 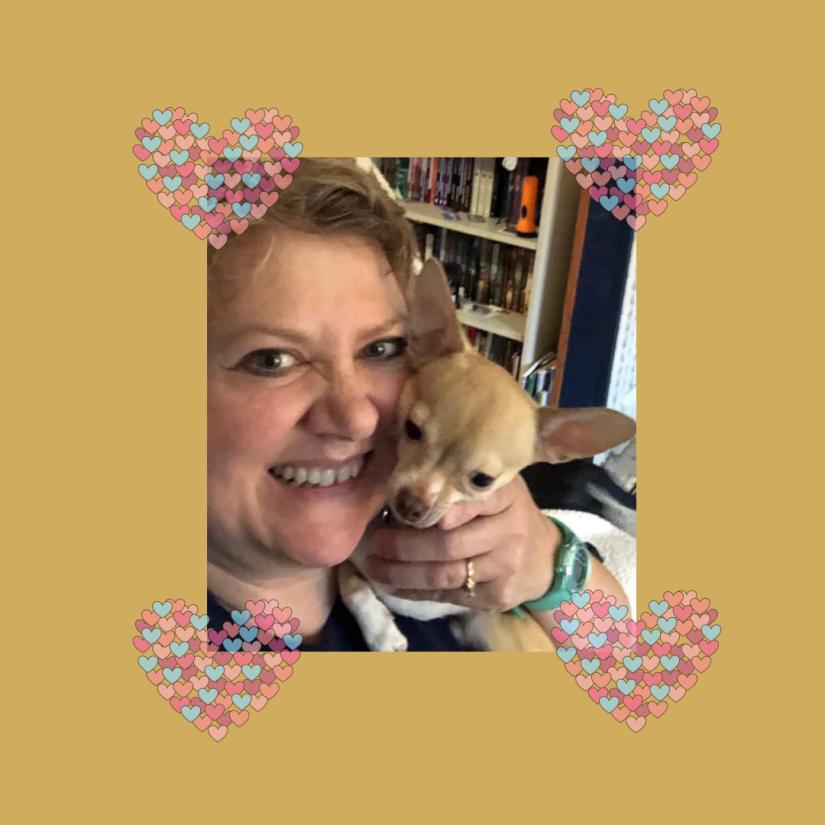 (My closest huggable, Samson.)
I was given a complimentary copy of this book from the author and publisher through
NetGalley, plus I bought a copy. This in no way influenced my opinions, which are solely
my own.

Nancy Mehl lives in Wichita, Kansas with her husband, Norman, and her very active puggle, Watson. First published in 2001, she has now authored nine books, including an omnibus mystery collection, Cozy in Kansas, which contains three of her previously published Ivy Towers mysteries. Book three in the series, For Whom the Wedding Bell Tolls, won the American Christian Fiction Writers Mystery Book of the Year award. Nancy’s main writing interests lie in mystery although her new Harmony Series leans more toward the romantic suspense genre. Nancy runs a HUD program for the city of Wichita and is president of a volunteer organization, Wichita Homebound Outreach. She is a member of American Christian Fiction Writers and Kansas Authors Club.

Connect with Nancy at via her