Book: The Songbird and the Spy 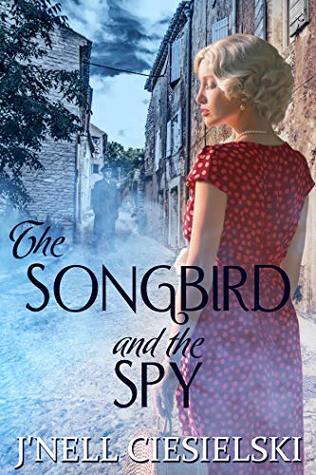 As shells explode over Nazi-occupied France, American music student Claire Baudin is trapped behind enemy lines, struggling to protect her identity. Singing as a barmaid while she plans her escape, a handsome Third Reich captain threatens everything she knows to be true about the enemy.

Nazi Captain Michael Reiner isn’t who he claims to be. A British language expert turned spy, he discovers the truth about Claire, but he knows the importance of a secret. Struggling to resist his attraction to the songbird, he’s determined to complete his assignment, no matter the cost. His cover is threatened when a ruthless female Gestapo officer arrives hunting Resistance fighters. The raid forces Michael’s hand: complete the mission or save Claire.

As the war threatens to tear them apart, they must rely on each other for survival. Is there hope—and a future—for an American songbird and a British spy?

J’nell Ciesielski’s second novel, The Songbird and the Spy is a masterpiece of espionage, secrets, divided loyalties, and suspense. While not usually a WWII novel fan, I am a new devoted fan. Ciesielski’s characters covertly work their way off the page into your heart. Poor Claire only wants to return to her music studies in unoccupied France. But finding a safe route back is impossible and Claire must pose as a bar singer, attracting both the French nationals and the German soldiers.
One of those soldiers is Captain Michael Reichner, whose true identity is a carefully guarded secret.
This a very heart- wrenching story, lightened by a love that cannot be denied, yet must stay under wraps. I liked Michael’s strong sense of confidence. This can be very appealing in a man.
The tension is drawn even tighter when a female Gestapo agent, eager to earn her way to Berlin, begins to haunt Michael and his men and the very bar where Claire earns her keep.
I found it very interesting that the butcher’s son was named “Savon,” which means “soap” or “soap maker.” The Germans are determined to cleanse the land of undesirables, the French are desperate to wash the German army out of their land. Definitely a story worth reading and sharing.
One note: I was thrilled to see a map at the beginning of the book. The author’s short note was also appreciated.
Some great quotes:

“Trust is rather unreliable in your line of work.”

“If you give him a name, he becomes a person, a man. He is anything but!”

“…the situation was so tangled that she could no longer determine if lies or truth were the better option.”

“She was the most important mission he’d ever undertaken.”

I received a complimentary copy of the book from the publisher and Celebrate Lit. I was not required to leave a positive review and all opinions are my own.

Believing she was born in the wrong era, J’nell Ciesielski spends her days creating heart-stopping heroes, brave heroines, and adventurous exploits in times gone by. Winner of the Romance Through the Ages contest and Maggie Award, J’nell can often be found 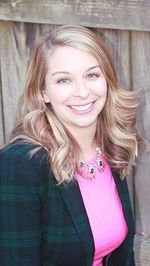 dreaming of a second home in Scotland, indulging in chocolate of any kind, or watching old black and white movies. Born a Florida girl, she now calls Virginia home, along with her very understanding husband, young daughter, and one lazy beagle. Find out more at www.jnellciesielski.com.

The most popular question an author is asked is where did the inspiration come from. Most of the time, if not always, my inspiration comes from a trifecta of resources: movies, music, or books. A single song lyric, or secondary character, or novel setting can trigger a whole world of possibilities that has to be explored. In the case of Songbird and the Spy, it was a movie. A Quentin Tarantino movie to be exact set during WWII where one of the characters is a British officer posing as a Nazi meets up with other spies in a French bar. Another character was a Jewish woman posing as a theater-owning Frenchwoman. My brain immediately tingled with ideas. What if identities were all in question? What if you fell in love with the wrong person? Not just the wrong person, but the enemy? The drama and tension in such a situation would be unbelievable!

And that is how Songbird was born.

Here are a few bits of trivia for you:

For Him and My Family, April 2

Among the Reads, April 3

Where Faith and Books Meet, April 3

Through the Fire Blogs, April 6

To celebrate her tour, J’nell is giving away a grand prize of a print copy of Songbird and $25 Amazon gift card!!

Be sure to comment on the blog stops for nine extra entries into the giveaway! Click the link below to enter. https://promosimple.com/ps/dfe9/the-songbird-and-the-spy-celebration-tour-giveaway