It was supposed to be a one-week job: survey an art find, collect a hefty fee, and use that to settle historian Kiera Foley’s life back into balance. But from the moment she sets foot in the East Suffolk countryside, the mysteries surrounding the old English manor and the enigmatic art thief who’s employed her stir more questions than answers. Then, Kiera finds the existence of a portrait captivating enough to upend all of her expectations. This one could be a twin-a painting so close in composition to a known masterpiece, it may be rendered priceless if it truly captured the likeness of a young Queen named Victoria.

Set in three time periods-the rapid change of Victorian England, the tumultuous skies over England’s eastern shores in WWII, and modern day-The Painted Castle unfolds a legacy of faith, family, and stories that are generations in the making.

Kristy Cambron closes out her Lost Castle series with The Painted Castle, the story of Kiera and Emory. Reminiscent of an old movie, the accused art thief and the art historian/evaluator work together until the fire of rumors and truth gets too hot and combustion takes place.
Happily, we are simultaneously fed snippets of the survival of the castle manor and its inhabitants during WW II, plus another possible love development.
To make things even better, if not more complicated, Cambron weaves in and out yet a third tale of a young girl who sees her father murdered and grows up vowing to get revenge. 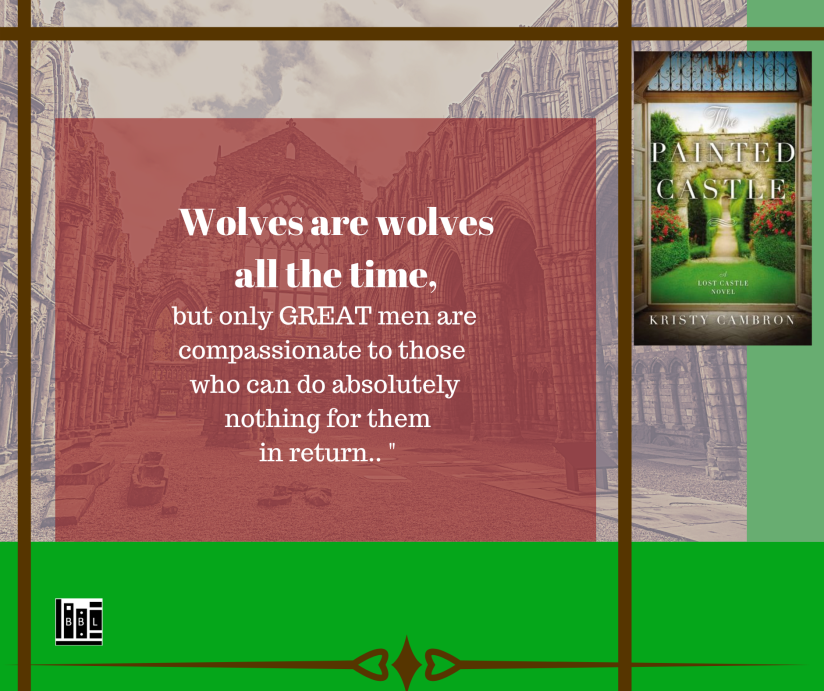 This is one tapestry that shows the immense skill of the author, working so many different strands seamlessly together into a beautiful, satisfying and educational product. Authors like Cambron are opening my eyes to the world of WWII. I have always avoided reading about this time due to the great pain and terror it produced, but Cambron shows there is life between the times of terror. Love, kindness, and a desire to help others can flourish like a determined weed between cracks of cement in an otherwise ugly, resistant world of hate and war. I love seeing the best of humanity come out and shine forth brightly when it seems the worst of humanity is winning for a season. I especially saw this in Amelia and Wyatt’s story, which takes place at Parham Hill during WWII. 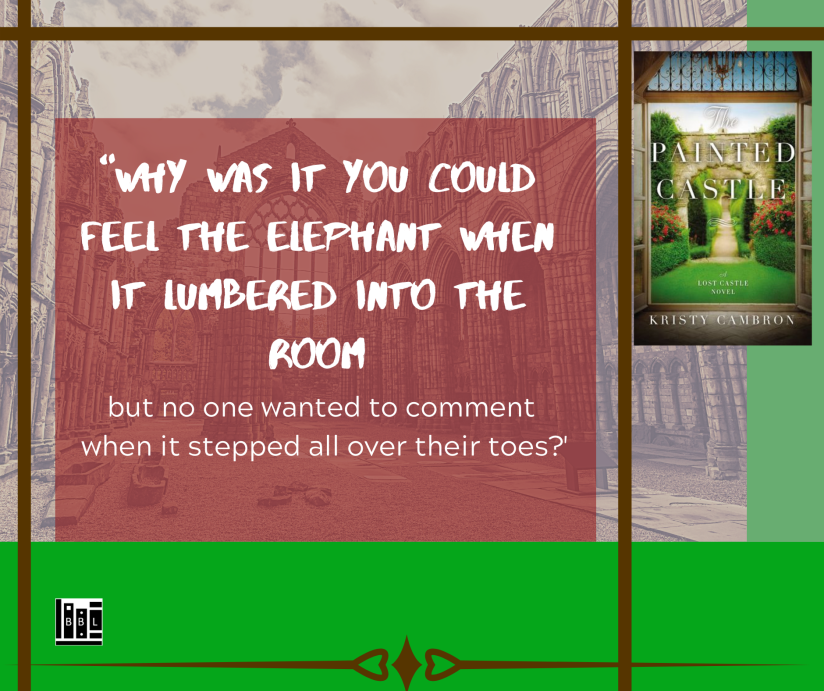 My recommendation? You can read this book as a stand-alone. If you do, hurry and get the first two books like I plan to, and find out the riches you ‘ve missed out on.
I received a complimentary copy of this book from the author and publisher through Celebrate Lit via NetGalley. This in no way affected my opinions, for which I am solely responsible.

KRISTY CAMBRON is an award-winning author of historical fiction, including her 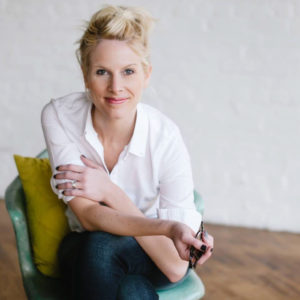 bestselling debut The Butterfly and the Violin, and an author of Bible studies, including the Verse Mapping series. She’s a Women’s Ministry Leader at Southeast Christian Church in Louisville, KY, and a passionate storyteller who travels to speak at events across the country, encouraging women to experience a deeper life in the Word through verse mapping. Her work has been named to Publishers Weekly Religion & Spirituality TOP 10, Library Journal Reviews’ Best Books, RT Reviewers’ Choice Awards, and received 2015 & 2017 INSPY Award nominations. Kristy holds a degree in Art History/Research Writing, and has 15 years of experience in education and leadership development for a Fortune-100 Corporation, working with such companies as the Disney Institute, IBM/Kenexa, and Gallup. She lives in Indiana with her husband and three sons, and can probably be bribed with a coconut mocha latte and a good read.

About The Painted Castle

A war-torn estate holding its secrets close. A lost library bricked off from the world. And a portrait-maker’s unknown masterpiece of a Queen named Victoria… What stories do they long to tell?

It was supposed to be a one-week snatch-and-grab: survey an art find, collect a hefty fee, and use that to settle historian Kiera Foley’s life back into balance. But from the moment she sets foot in the East Suffolk countryside, the mystery of an old English manor, a crumbling beekeeper’s cottage, and a library that had long ago been sealed off brick by brick, all stir more questions than answers. What begins as a novice assignment instead peels back layers, lulling Keira into the depths of the estate’s long-forgotten history.

Despite questions swirling around the enigmatic, rumored art thief who’s employed her, Keira finds the existence of a portrait captivating enough to upend all of her expectations. This one could be a twin—a painting so close in composition to a known masterpiece, it may be rendered priceless if it truly captured the likeness of a young Queen named Victoria…

1842— In order to salvage what’s left of her family’s shaky circumstances, artist Elizabeth Meade knows her duty must be to marry well. But she hopes looks can be deceiving enough to hide her true motives behind a congenial smile and gain entry into the ballrooms of England’s noble elite. Instead of husband-hunting, Elizabeth searches for the one thing that’s seared to her memory—the eyes of her father’s killer, whom she unwittingly sketched one snowy night in Piccadilly ten years before. She never expects to find answers tucked away in the countryside at Parham Hill, in the form of a portrait-maker who could help her artist dreams come true, if only she could forget the highwayman she’s hunted for the last decade—the estate-owner who unwittingly selects her as his betrothed…

1942—When the 390th Bomb Group arrives at Amelia Woods’ Parham Hill Estate, the American flyboys bring playing cards, B-17 “flying fortresses”, and enough bravado to believe they can triumph over Hitler just by staring him down. Amelia isn’t certain, and she’s unwilling to compromise the safety and security in a carefully-crafted world she’s built for the dozens of London-evacuated children left in her charge. But with Anderson shelters buried in the gardens and an Allied airfield a stone’s throw away, Amelia may have no choice but to wait out the war under blackouts and bombs, and accept help from the captain who offers it—even if it means risking all she has left of her late husband’s memory…

From the streets of Piccadilly and the lavish halls of Buckingham Palace to the countryside surrounding Framlingham Castle, a warn-torn estate, a hidden library, and the lost portrait of a queen come together to write the final chapter in the Lost Castle series. Set in three time periods—the rapid change of Victorian England, the tumultuous skies over England’s eastern shores in WWII, and modern day—The Painted Castle unfolds a legacy of faith and the family we fight for, of risk and reward, and the artful crafting of a story that can be generations in the making… yet still change everything about a single life.

The Power of Words, October 15

Reflections From My Bookshelves, October 17

Through the Fire Blogs, October 17

She Lives to Read, October 18

For Him and My Family, October 22

A Good Book and Cup of Tea, October 27