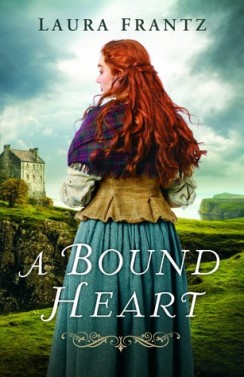 Though Magnus MacLeish and Lark MacDougall grew up on the same castle grounds, Magnus is now laird of the great house and the Isle of Kerrera. Lark is but the keeper of his bees and the woman he is hoping will provide a tincture that might help his ailing wife conceive and bear him an heir. But when his wife dies suddenly, Magnus and Lark find themselves caught up in a whirlwind of accusations, expelled from their beloved island, and sold as indentured servants across the Atlantic. Yet even when all hope seems dashed against the rocky coastline of the Virginia colony, it may be that in this New World the two of them could make a new beginning–together.

Laura Frantz’s prose sparkles with authenticity and deep feeling as she digs into her own family history to share this breathless tale of love, exile, and courage in Colonial America.

Laura Frantz is truly a master of vivid descriptions of beautiful landscapes and sea/skyscapes as she lyrically composes the lives and times of her historical characters. A Bound Heart is set in Scotland. While Ms. Frantz is such a romantic writer she could probably make Antarctica sound like a vacation spot, I had to wonder if I would like the island of Kerrera any more than Isla did.
Smugglers, fighting against unjust taxes, a corrupt court, an ocean voyage of horrors, several love triangles; all make for a very tightly woven story. Frantz’s characters are full of life, passion, and pride in their heritage. When these freedoms are removed, what will remain behind?
It was very interesting to learn about the Scots’ way of life in the 1750s. I must admit, I had a hard time with a love triangle involving a married person. While no wrong actions occurred, I would have preferred to see one party or the other take steps to put physical distance between them. The glossary was a huge help, as was the context in which Frantz used the unfamiliar words. A few wonderful quotes:
On the horrid ship: “Lord, all I have is Ye. Make that enough.”
“Fear had a terrible taste.”
This is a good book, but it will not be my favorite Frantz book. To each his own. Anxiously awaiting the next Frantz novel.
I was given a complimentary copy of this book from the publisher and NetGalley. All opinions expressed here are solely my own and no positive review was required.

Laura Frantz is passionate about all things historical, particularly the 18th-century, and writes her manuscripts in longhand first. Her stories often incorporate Scottish themes that reflect her family heritage. She is a direct descendant of George Hume, Wedderburn Castle, Berwickshire, Scotland, who was exiled to the American colonies for his role in the Jacobite Rebellion of 1715, settled in Virginia, and is 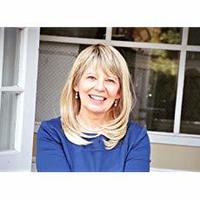 credited with teaching George Washington surveying in the years 1748-1750. Frantz lives and writes in a log cabin in the heart of Kentucky. According to Publishers Weekly, “Frantz has done her historical homework.” With her signature attention to historical detail and emotional depth, she is represented by Janet Kobobel Grant, Literary Agent & Founder, Books & Such Literary Agency of Santa Rosa, California. Readers can find Laura Frantz at www.laurafrantz.net.