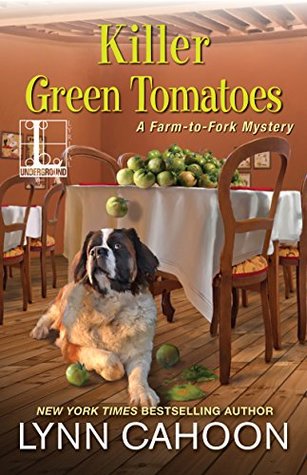 The time seems ripe for success as Angie Turner opens her farm-to-table restaurant in her Idaho hometown—until her new tomato supplier is accused of murder and Angie has to pick the real killer . . .

To Angie, nothing tastes more like summer than her Nona’s fried green tomatoes. Eager to add the recipe to the menu at the County Seat, she’s found the perfect produce supplier—her sous chef Estebe’s cousin, Javier. Just one problem: ladies’ man Javier’s current hot tomato Heather has turned up dead, and he’s the prime suspect. Somehow, between managing her restaurant and navigating a romantic triangle between Estebe and Ian, the owner/manager of the farmer’s market, Angie needs to produce evidence to clear Javier—before this green tomato farmer gets fried . . .

In Lynn Cahoon’s second book of the Farm-to-Fork series, titled Killer Green Tomatoes, Angie and Felicia are beginning to hit their groove with the rest of the restaurant staff. The County Seat is a popular place to eat, with reservations needing to be secured well in advance.

Angie soon finds she has more than she can chew, though, when she has her elderly neighbor for a house guest and Estebe, her sous chef, has family involved in a murder and disappearance.

I really enjoyed the difficulties between Angie and Mrs. Potter. (Sorry, Angie!) They made for very realistic, yet hilarious times.

The portrayal of the Basque people was very tasteful and sensitive to a group very proud of their heritage.

In this book, we start to see the inner connectivity of people in the town. Several attitudes and actions are based upon someone’s protectiveness or love for another. This is actually true for multiple characters. Small town living, as Angie rediscovers, has both its joys and its jinxes.

Things one may not like: some may figure out the murderer, but there were enough twists that I was ultimately surprised. Sex was mentioned quite a bit. However, true to cozy form, there were no bedroom scenes.

Bottom line, I enjoyed this book, as Angie and Felicia and their crew really start to become their own “work family.”

I gratefully received a copy of this book from the author and NetGalley. This in no way affected my opinions, for which I am responsible. I was not required to leave a positive review. 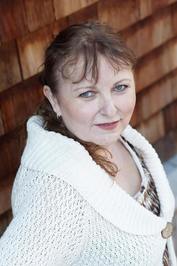 Website
http://www.lynncahoon.com
Twitter
lynncahoon
Lynn Cahoon is the author of the NYT and USA Today best-selling Tourist Trap cozy mystery series. GUIDEBOOK TO MURDER, book 1 of the series, won the Reader’s Crown for Mystery Fiction in 2015. She also pens the Cat Latimer series available in mass market paperback. This year, she’s released WHO MOVED MY GOAT CHEESE in March as part of the new Farm to Fork series. She also writes romance under Lynn Collins. She lives in a small town like the ones she loves to write about with her husband and two fur babies. Sign up for her newsletter at www.lynncahoon.com

I am a first and foremost a follower of Jesus Christ. Having formerly taught elementary school, I am now a special education para-pro. Our students are amazing! I am married with three great young adult children. My husband and I share our home with three rambunctious cats and a mighty chihuahua, plus two of our adult children. The house is full to bursting!!😊 View all posts by Babbling Becky L